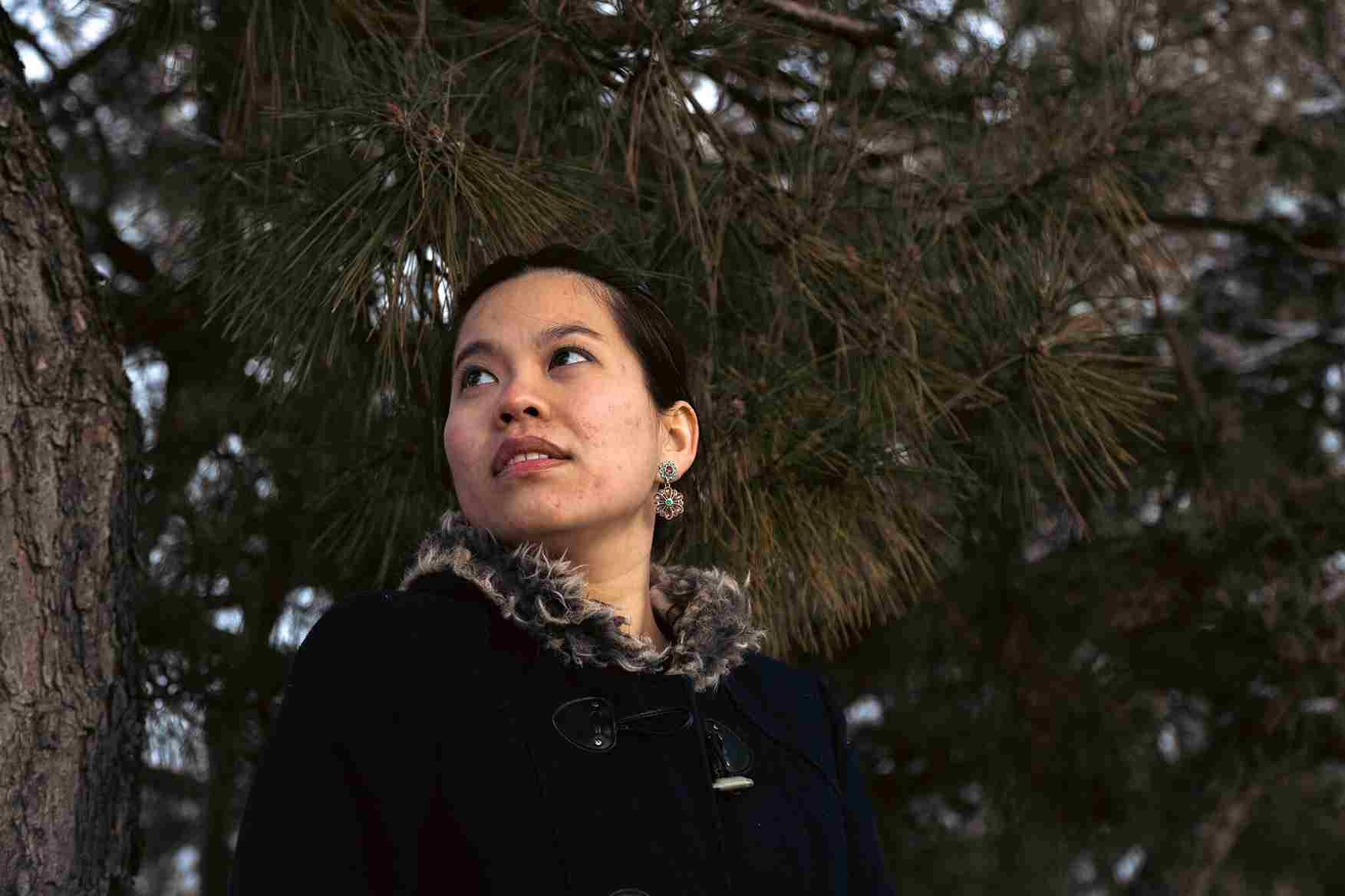 “Everything was a lie,” said one woman lured into a recent scam.

The man from the dating app Hinge checked all of Tho Vu’s boxes.

He was a boyishly handsome architect from China, staying in Maryland on a long-term assignment. They had never met in person — he was still waiting to get his Covid-19 booster shot, he said — but they had texted back and forth for months and she’d developed a serious crush. He called her his “little sweetheart,” and told her that he was planning to take her to China to meet his family when the pandemic was over.

So when the man, who went by the name Ze Zhao, told Ms. Vu, who works in customer service for a security company, that he could help her make money by trading Bitcoin and other cryptocurrencies, she was intrigued.

“I’d heard a lot about crypto in the news,” she said. “I’m a curious person, and he actually was very knowledgeable about the whole trading process.”

But the man wasn’t trying to help Ms. Vu invest her money. He was entrapping her in an increasingly popular type of financial scam, she said, one that combines the age-old allure of romance with the newer temptation of overnight cryptocurrency riches.

Within weeks, Ms. Vu, 33, had sent more than $300,000 worth of Bitcoin, nearly her entire life savings, to an address that Mr. Zhao had told her was connected to an account on the Hong Kong cryptocurrency exchange OSL. The website looked legitimate, offered 24/7 online customer support and had even been updated to show Ms. Vu’s balance changing as the price of Bitcoin rose and fell.

Mr. Zhao — whose real name could not be verified — had promised her that her crypto investments would help them get married and start a life together.

“We can make more money on top of OSL and go on a honeymoon,” he said, according to a screenshot of their texts that Ms. Vu shared with me.

But there was no honeymoon, and no crypto windfall. Instead of going into an exchange account, Ms. Vu’s money went into the scammer’s digital wallet, and he vanished.

Now, she is struggling to make sense of what happened.

“I thought I knew him,” she said. “Everything was a lie.”

‘The Gilded Age’: What Is Fact and What Is Fiction?

What Do the Protectors of Congo’s Peatlands Get in Return?

In ‘Super Pumped,’ the Uber Founder Disrupts His Own Rise
Romance scams — the term for online scams that involve feigning romantic interest to gain a victim’s trust — have increased in the pandemic. So have crypto prices. That has made crypto a useful entry point for criminals looking to part victims from their savings.

About 56,000 romance scams, totaling $139 million in losses, were reported to the Federal Trade Commission last year, according to agency data. That is nearly twice as many reports as the agency received the previous year. In a bulletin last fall, the Federal Bureau of Investigation’s Oregon office warned that crypto dating scams were emerging as a major category of cybercrime, with more than 1,800 reported cases in the first seven months of the year.

Experts believe this particular type of scam originated in China before spreading to the United States and Europe. Its Chinese name translates roughly as “pig butchering” — a reference to the way victims are “fattened up” with flattery and romance before being scammed.

Jan Santiago, the deputy director of the Global Anti-Scam Organization, a nonprofit that represents victims of online cryptocurrency scams, said that unlike typical romance scams — which generally target older, less tech-savvy adults — these scammers appear to be going after younger and more educated women on dating apps like Tinder, Bumble and Hinge.

“It’s mostly millennials who are getting scammed,” Mr. Santiago said.

Jane Lee, a researcher at the online fraud-prevention firm Sift, began looking into crypto dating scams last year. She signed up for several popular dating apps and quickly matched with men who tried to offer her investing advice.

“People are lonely from the pandemic, and crypto is super hot right now,” she said. “The combination of the two has really made this a successful scam.”

Ms. Lee, whose company works with several dating apps to prevent fraud, said that these scammers typically tried to move the conversation off a dating app and onto WhatsApp — where messages are encrypted and harder for companies or law enforcement agencies to track.

From there, the scammer bombards the victim with flirtatious messages until turning the conversation to cryptocurrency. The scammer, posing as a successful crypto trader, offers to show the victim how to invest his or her money for fast, low-risk gains.

Then, Ms. Lee said, the scammer helps the victim buy cryptocurrency on a legitimate site, like Coinbase or Crypto.com, and provides instructions for transferring it to a fake cryptocurrency exchange. The victim’s money appears on the exchange’s website, and he or she starts “investing” it in various crypto assets, under the scammer’s guidance, before the scammer ultimately absconds with the money.

What makes this particular scam so insidious is how much more elaborate it is than the Nigerian prince scams of yore. Some victims have described being directed to realistic-looking websites with charts and tickers showing the prices of various crypto assets. The names and addresses of the fake exchanges are changed frequently, and victims are often allowed to withdraw small amounts of money early on, making them more comfortable depositing larger sums later.

“This kind of scam is quite labor-intensive and time-consuming,” Mr. Santiago, of the Global Anti-Scam Organization, said. “They’re very meticulous in their social engineering.”

Cryptocurrencies are particularly useful to scammers, experts say, because of the relative privacy they offer. Bitcoin transactions are publicly visible, but because digital wallets can be set up anonymously, technically sophisticated criminals can obscure the trail of money. And because there is no central bank or deposit insurance to make victims whole, stolen money usually can’t be recovered.

Niki Hutchinson, a 24-year-old social media producer from Tennessee, fell victim to a crypto romance scam last year. She was visiting a friend in California when she matched on Hinge with a man named Hao, who said he lived nearby and worked in the clothing business.

The two continued texting on WhatsApp for more than a month after she returned home. She told Hao that she was adopted from China; he told her that he was Chinese, too, and that he hailed from the same province as her birth family. He started calling her “sister” and joking that he was her long-lost brother. (They video-chatted once, she said — but Hao only partly showed his face and hung up quickly.)

Ms. Hutchinson had just inherited nearly $300,000 from the sale of her childhood home, after her mother died. Hao suggested that she invest that money in cryptocurrency.

Bitcoin. A Bitcoin is a digital token that can be sent electronically from one user to another, anywhere in the world. Bitcoin is also the name of the payment network on which this form of digital currency is stored and moved.

Blockchain. A blockchain is a database maintained communally, that reliably stores digital information. The original blockchain was the database on which all Bitcoin transactions were stored, but non-currency-based companies and governments are also trying to use blockchain technology to store their data.

Cryptocurrencies. Since Bitcoin was first conceived in 2008, thousands of other virtual currencies, known as cryptocurrencies, have been developed. Among them are Ether, Dogecoin and Tether.

Coinbase. The first major cryptocurrency company to list its shares on a U.S. stock exchange, Coinbase is a platform that allows people and companies to buy and sell various digital currencies, including Bitcoin, for a transaction fee.

Crypto finance. The development of cryptocurrencies spawned a parallel universe of alternative financial services, known as Decentralized Finance, or DeFi, allowing crypto businesses to move into traditional banking territory, including lending and borrowing.

NFTs. A “nonfungible token,” or NFT, is an asset verified using blockchain technology, in which a network of computers records transactions and gives buyers proof of authenticity and ownership. NFTs make digital artworks unique, and therefore sellable.

“I want to teach you to invest in cryptocurrency when you are free, bring some changes to your life and bring an extra income to your life,” he texted her, according to a screenshot of the exchange.

Eventually she agreed, sending a small amount of crypto to the wallet address he gave her, which he said was connected to an account on a crypto exchange named ICAC. Then — when the money appeared on ICAC’s website — she sent more.

She couldn’t believe how easy it had been to make money, just by following Hao’s advice. Eventually, when she’d invested her entire savings, she took out a loan and kept investing more.

In December, Ms. Hutchinson started to get suspicious when she tried to withdraw money from her account. The transaction failed, and a customer service agent for ICAC told her that her account would be frozen unless she paid hundreds of thousands of dollars in taxes. Her chat with Hao went silent.

Now, Ms. Hutchinson is trying to pull her life back together. She and her father live in their R.V. — one of the few assets they have left — and she is working with the local police in Florida to try to track down her scammer.

Ms. Hutchinson doesn’t expect to get her money back, but she hopes that other people will be more cautious about strangers who promise to help them invest in cryptocurrency.

“You hear all these stories about people becoming millionaires,” she said. “It just felt like, oh, well, cryptocurrency’s the new trend, and I need to get in.” 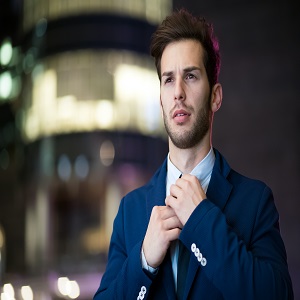 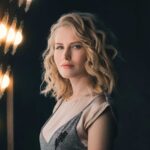 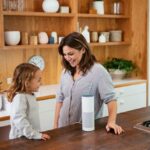 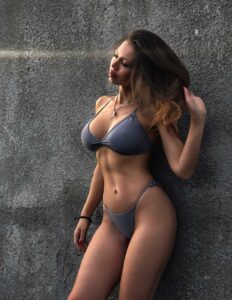 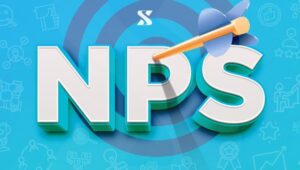 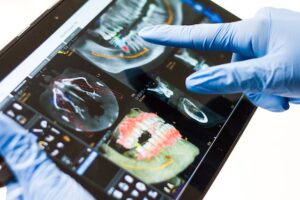 Admin
October 26, 2022October 26, 2022
Fortbite: Everyone thought drinking this sour liquid was safe… Until Harvard scientists proved otherwise. They clearly showed how this apparently... 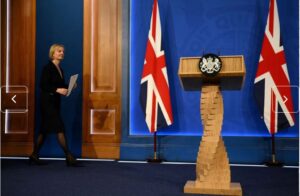 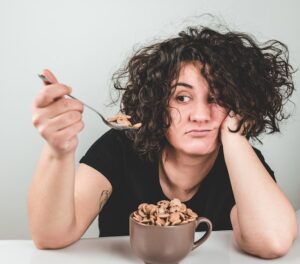 Admin
October 20, 2022October 20, 2022
Ignite Weight Loss: Deep within the Amazon rainforest, a research team discovered something incredible… While observing an ancient and isolated... 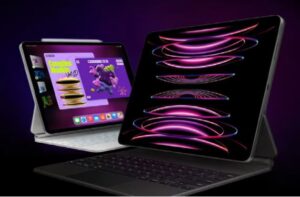 So it idea is one of Haitian dating heritage

Dirty Text Idea #2- Do not get Also dirty

Personnel issues and resignation in the disciplinary procedure